The trend is expected to continue into 2018 as a mix of relative affordability for condo units and price appreciation for detached homes in recent years, combined with government policy changes in both markets, has helped push an influx of buyers toward condo ownership.

The RE/MAX 2018 average residential sale price expectation for Canada is an increase of 2.5 per cent as the desire for home ownership remains strong, particularly among Canadian millennials. 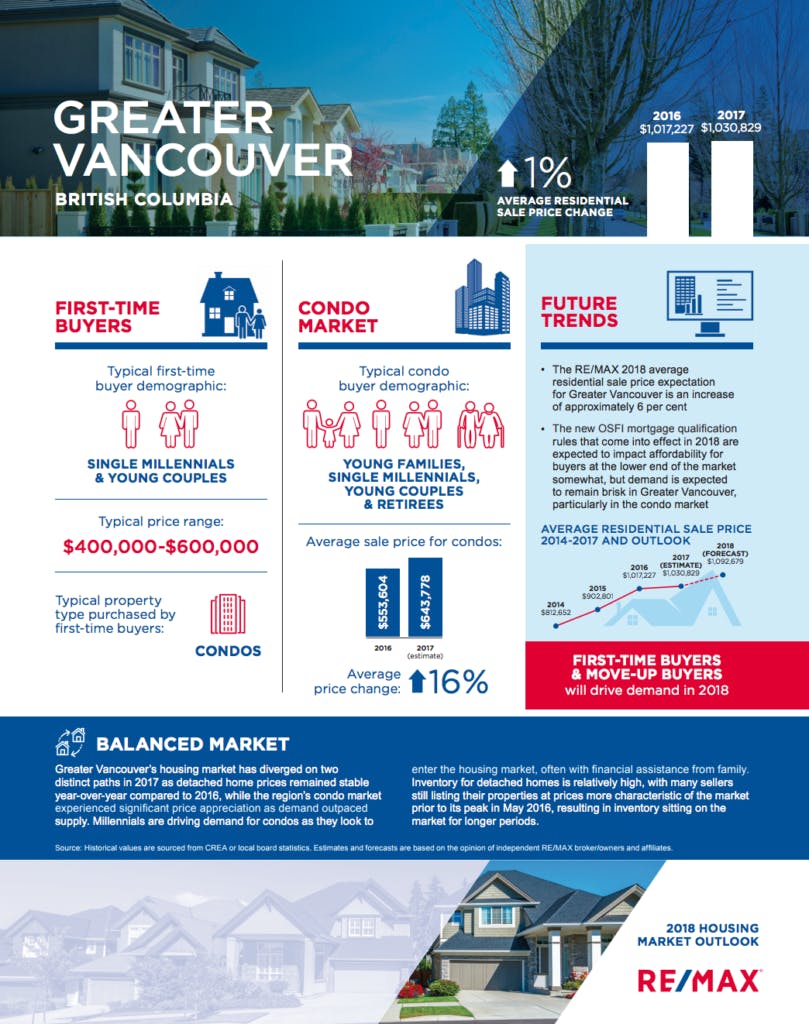